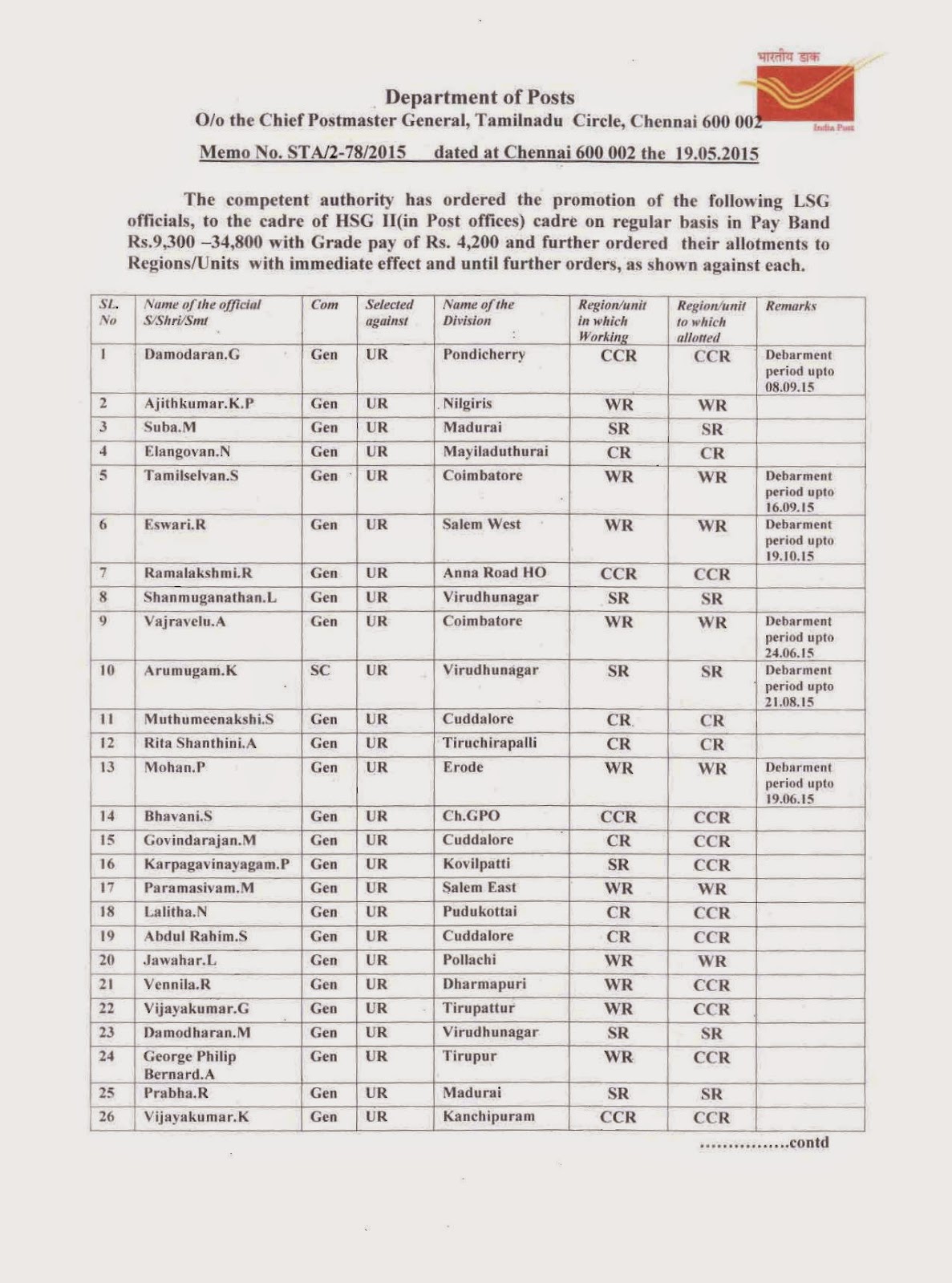 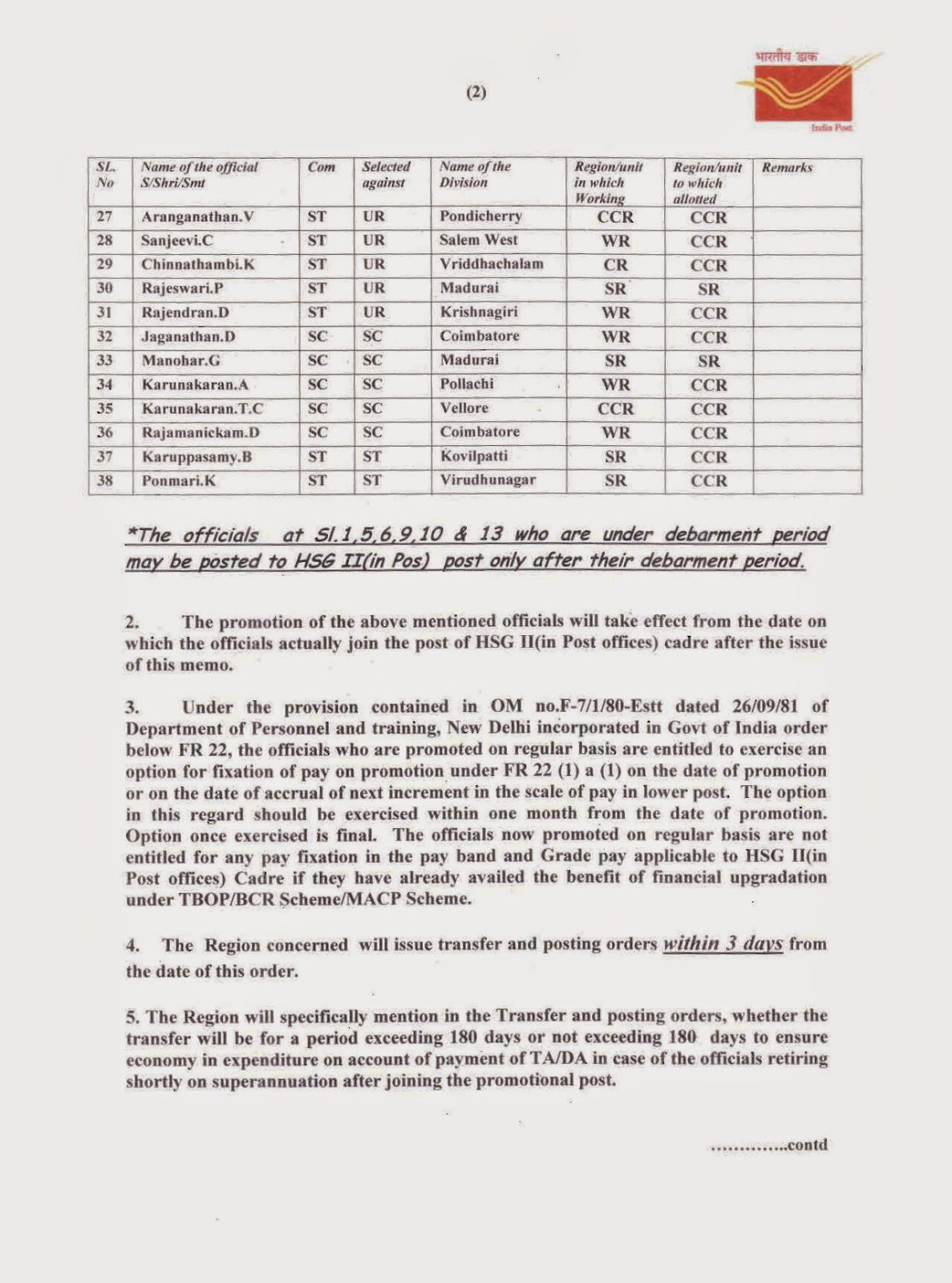 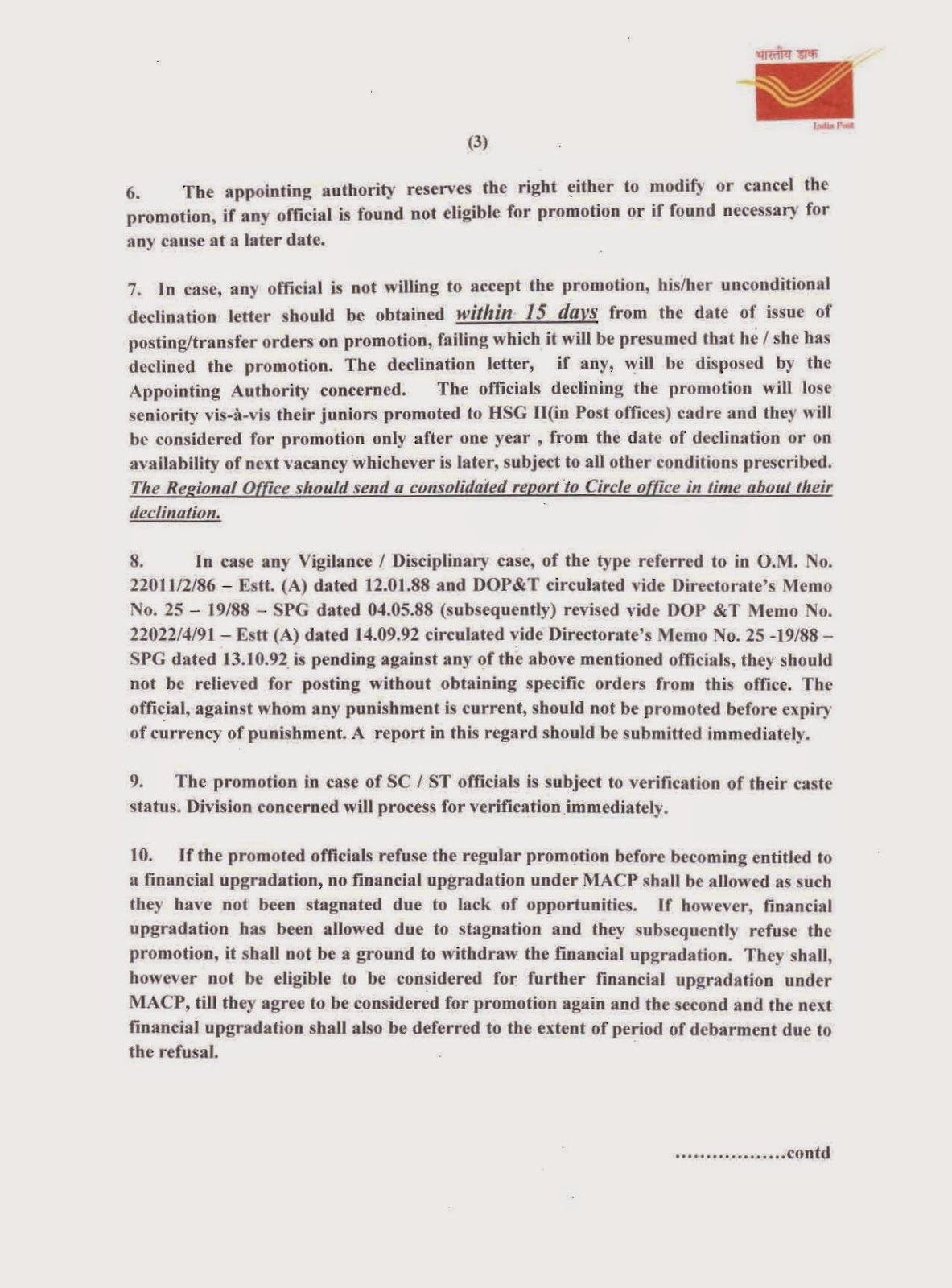 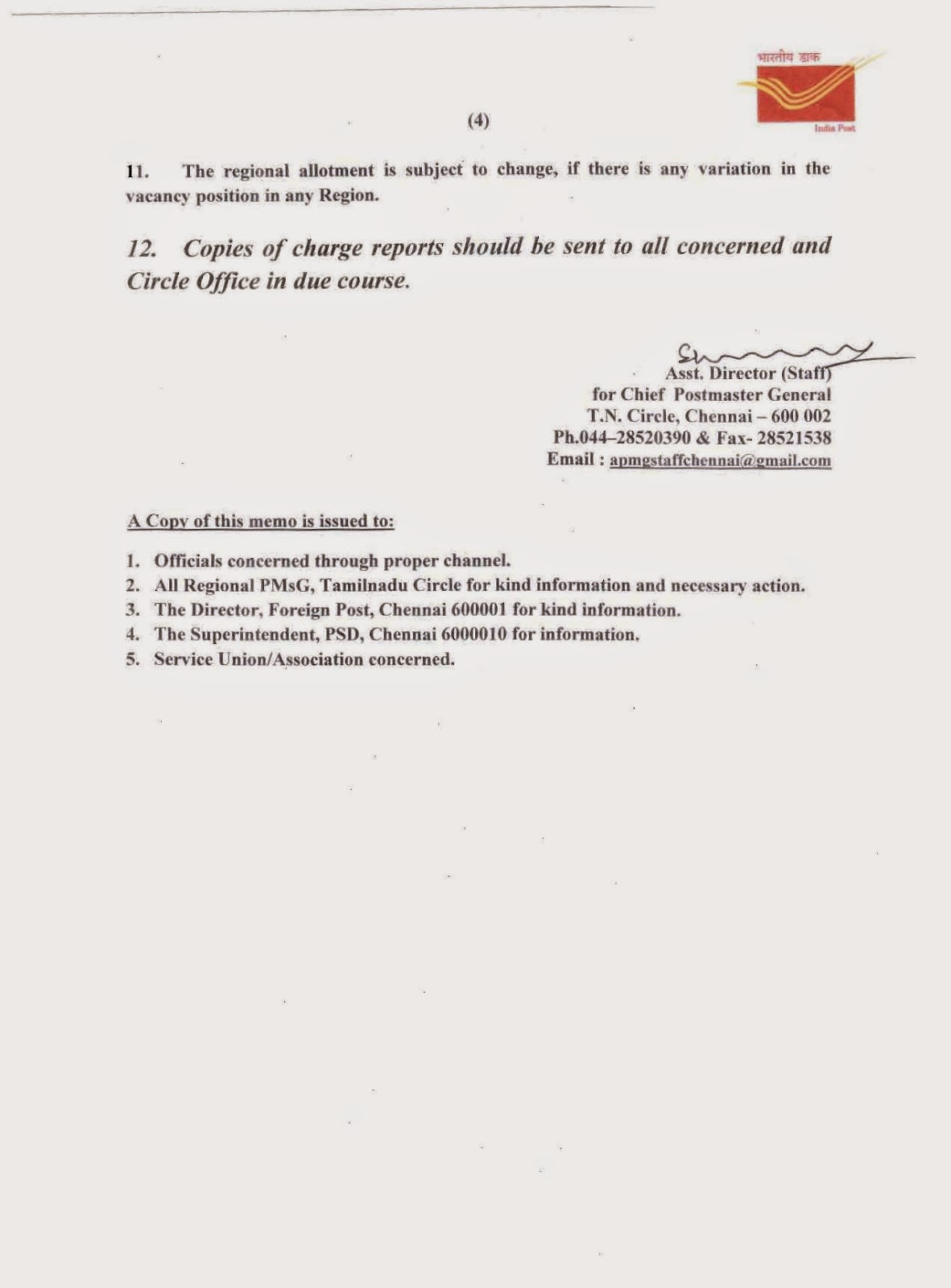 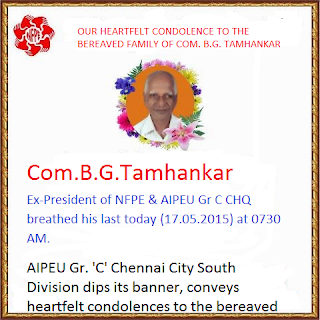 Declaration of Assets and Liabilities by public servants under the section 44 of the Lokpal and Lokayuktas Act, 2013 - Extension of last date for filing of revised returns

Details of meeting with MoC

Details of meeting held at Sanchar Bhawan on 05.05.2015 at 1300 hrs with Hon’Minister of Communications by Secretary Generals of NFPE & FNPO on behalf of Postal Joint Council of Action.

In continuation of the meeting by PJCA leaders consisting all General Secretaries and Secretary Generals of both Federations ( NFPE &FNPO) held with Chairman Postal Services Board , Member(HRD),  Member (O), Member(Tech) & other higher officers of Postal Directorate on 30.04.2015 at 1100 hrs on all the 26 Charter of demands, the PJCA had decided to insist a further meeting with Hon’ Minister of Communications in respect of the following three Major sectional demands pertaining to the Postal fraternity.

1. Corporatisation and  Privatisation of Postal Department as recommended by the TASK FORCE committee.

2. Inclusion of Gramin Dak Sevaks (GDS) in the terms of reference of 7th Central Pay Commission. Grant of Civil servant status to GDS and grant of all benefits of departmental employees on pro-rata basis without any discrimination.

3. Implementation of Cadre Restructuring in Postal, RMS, MMS and Postal Accounts as per the proposal signed with the JCM (DC) staff side.

The ground was under active preparation for indefinite strike w.e.f .06.05.2015.

Secretary Generals of NFPE & FNPO on behalf of Postal Joint Council of Action were invited for meeting with Hon’Minister of Communications.

On 05.05.2015.at 1300 hrs both Secretary Generals met the Hon’ MoC and submitted a memorandum on GDS issues primarily for inclusion of GDS under the purview of 7th Central Pay Commission.

As the Department of Posts assured the PJCA on 30.04.2015 that the proposal will be strongly recommended and referred to D/o Expenditure for reconsideration, the Hon’ MoC was requested to offer his good offices.

Hon’Minister of Communications has assured that the GDS issues would be looked into with an open mind and he would try to his best.

In respect of Task Force Committee recommendations, Hon’ MoC  has not given any assurance about future course of action. But he asserted that NO PRIVATISATION at present and there will be no reduction or structural change in the department.

The meeting with Hon’ MoC is hopeful.

Considering the reply given in the minutes by the Postal Directorate and assurance given by Hon’ MoC , the PJCA has decided to defer the proposed INDEFINITE STRIKE from 06.05.2015 .

MINUTES of the Meeting held with PJCA representatives on 30/04/2015 in Dak Bhavan, New Delhi

Donate Generously to NEPAL RELIEF FUND
Our neighbouring country Nepal has been devastated by earth quake, worst ever to hit the Himalayan Nation. Over 7000 have lost their lives, several thousands have been injured and homeless. Following the Catastrophe, the impoverished country has appealed for help from all, including foreign countries. In this hour of calamity, it is our duty to support the hapless people. Confederation National Secretariat appeals to all Central Government Employees to contribute generously to the NEPAL RELIEF FUND.
M.Krishnan,
Secretary General,
Confederation of Central Government Employees & Workers
Note Please :: NFPE and in turn AIPEU Gr C endorse this Appeal and request to share the grief.
Posted by Kvs at 02:04 No comments: