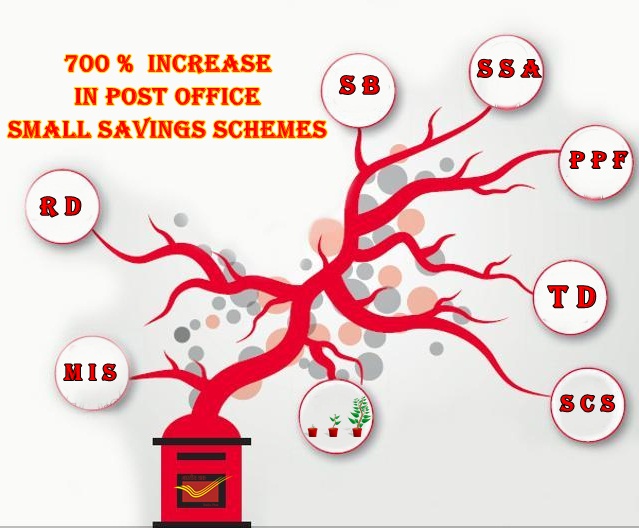 Till November last year, the collection of small savings through post offices stood at Rs 21,041 crore, compared to Rs 2,360 crore till November 2014, according to data available at National Savings Institute.

Add to this the small savings collection by banks (in the forms of public provident fund (PPF), senior citizens' savings scheme and Sukanya Samridhi accounts), and the figure rises to Rs 49,051 crore. The PPF collection data of the previous year is unavailable, making it not possible to compare.